10 Tips for the Aspiring Street Photographer

Author: Eric Kim
All the contents and images in this post were copyrighted by Eric Kim

Let’s face it, starting street photography is no easy task. For the average photographer, going from shooting flowers into shooting people in the streets is like stepping into a Ferrari after driving a Toyota Prius. It is intimidating at first, but quite exhilarating once you try it out. After shooting on the streets for about four years, here are my top ten tips for somebody (with absolutely no background in street photography) to get their feet wet.

1. Ditch the zoom and use a wide-angle prime 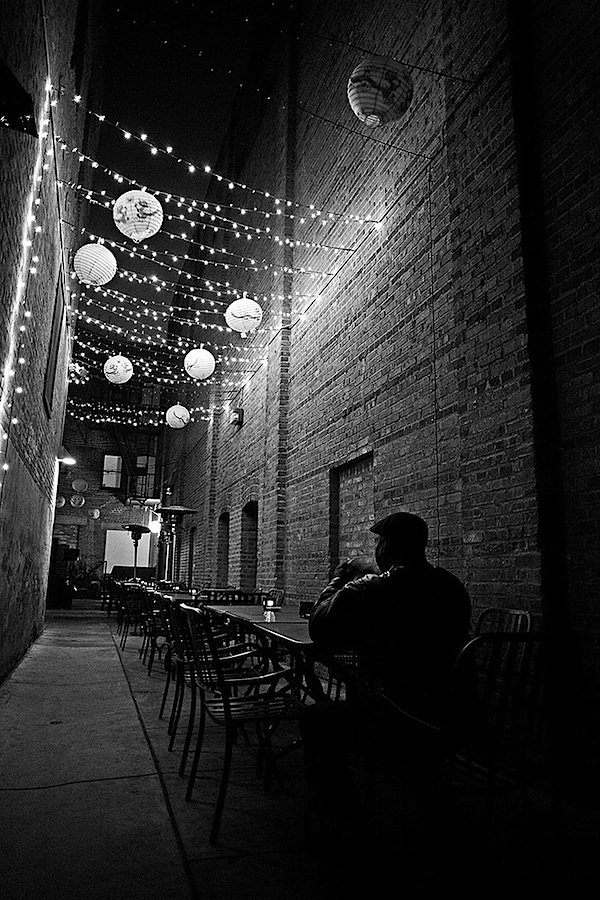 First of all, you will look even more conspicuous in public holding a huge zoom lens. Secondly, if you use a zoom lens you have to point it directly at somebody, which makes the person you are trying to capture feel as if they have a gun pointed to their head. Rather, try using a wide-angle prime lens. This will solve two of the forementioned problems. One, prime wide-angle lenses are often quite small and look much less threatening than the typical telephoto lens. Furthermore, by using a wide-angle lens, you can still capture your subjects without necessarily pointing your camera directly at them. Which brings me on to my next point… 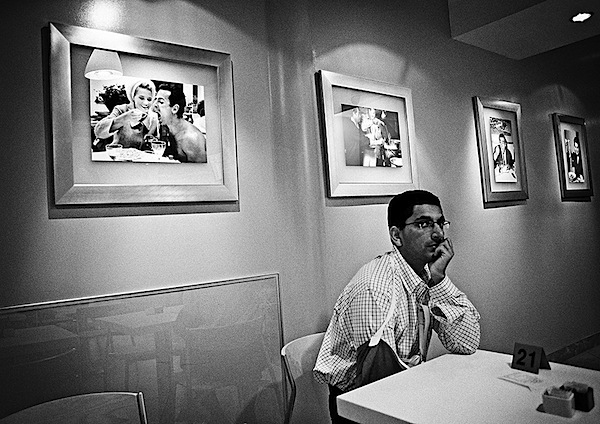 When I say close, I mean GET CLOSE. Get so close so that when you are taking photos of people on the street that you can see the perspiration dripping from their forehead or the texture of their skin. By using a wide-angle prime lens (as mentioned in the before point), you will be forced to get close to your subjects. The advantage of this is that the wide-angle lens will give you a perspective which makes the viewer of your images feel as if they are a part of the scene, rather than just a voyeur looking in. Not only that, but when you are taking photos really close to people, they often think that you are taking a photo of something behind them. I recommend using either a 24, 28, or 35mm on a full-frame or crop camera.

3. Always carry your camera with you 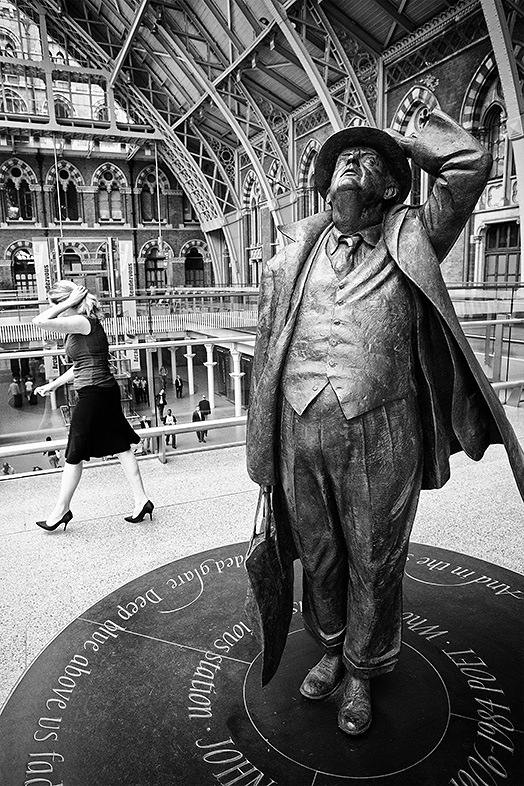 You have heard this a million times and you know that you should, but you always seem to find excuses or reasons NOT to always carry your camera with yourself. “It’s too heavy, it’s annoying, it’s a hassle, it’s frustrating.” I’ll tell you what’s frustrating. Missing the perfect photo opportunity (the decisive moment) and regretting it for the rest of your life. I have to admit that is a bit dramatic, but it is true. If you always carry your camera with you, you will never miss those “Kodak moments” which always seem to happen at the most unexpected times. I have taken some of my best images at the most unexpected moments—images that would have been impossible to take if I did not have my camera by my side.

4. Disregard what other people think of you 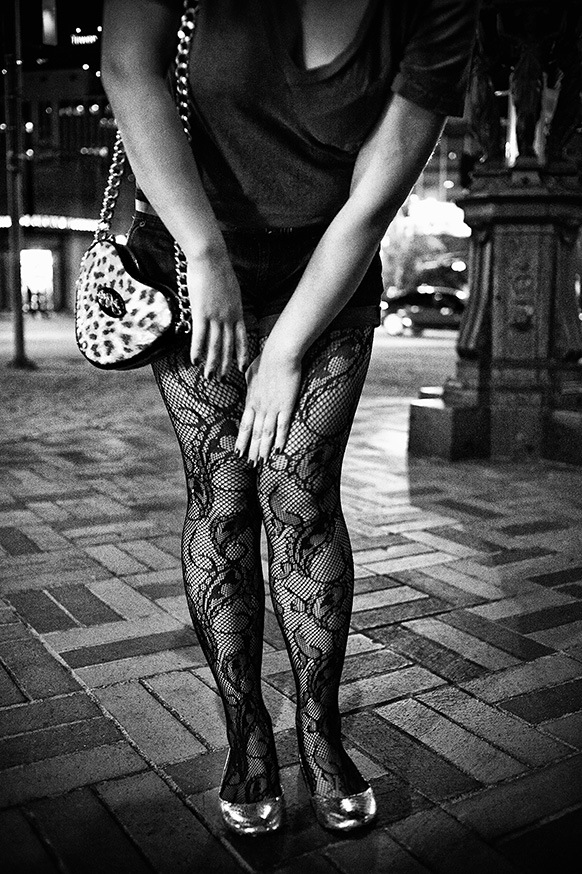 One of the things that people are worried about when starting street photography is worrying about being judged by other people as being a “creeper” or just being plain weird. Disregard these thoughts. When you are shooting on the streets, you will most likely be alone. That means that anyone who may be “judging” you is people that you do not know and will most likely never see again in your life. So why let them get in your way?We may feel constricted by these “social rules” but remember, they can always be broken. There is no law out there which doesn’t allow photography in public places (regardless of what the police may tell you).

To prime yourself better for your street photographer “role,” try doing something unusual in public. Lay on the ground for a minute and see how other people react around you, get up, and simply walk away like nothing happened. Go to a busy intersection and stand like a statue and see how people react (trust me, nobody notices. I had to do this as an experiment for one of my sociology classes). When you go into an elevator, stand the opposite way. The social world is full of false rules that constrict us. Break them, and shooting in the streets should become quite natural.

It is funny how far a smile can go, especially when shooting in the streets. If you take a photo of somebody and they give you a weird look, simply tip your hat to them and show them two rows of your pearly white chompers. I would say that when smiling to strangers (even in the city of angels) I get over a 95% response rate. Even some of the most unapproachable people will smile back at you. By smiling often and to others, this will help you relax and lighten the atmosphere around yourself. People trust a street photographer who smiles, as they will simply disregard you as a hobbyist, rather than someone with malicious intent. 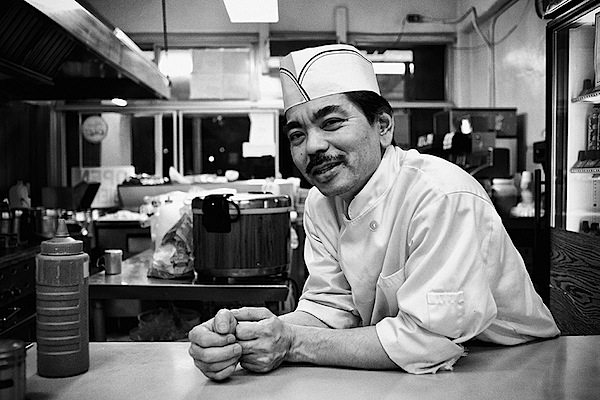 Although many street photography purists say that the only true street photography is candid, I would highly disagree with them. Feel free to go up to strangers who you think look interesting, and ask to take a portrait of them. People love getting their photos taken, and as long as you act courteous and casual about it, most people will accept. Feel free to ask to take portraits of many mundane subjects of everyday life like the waitress at the diner, the bellboy of a hotel, or even a parking lot attendant. 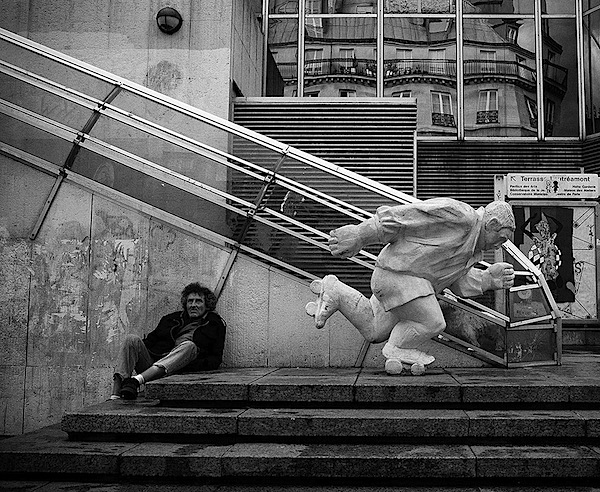 This is one of the tricky grey lines when it comes to street photography. I personally try my best not to take photos of homeless people when they look too down on their luck. Although I do agree that there are tasteful images taken of homeless people which call people into helping these people, there are also many images that look like pure exploitation. Think of the cliché shot of a homeless person crouched over on the street, begging for money. Before you take these images, think about what message you are trying to convey. Are you shooting for the reason of building awareness of the atrocious situations that many homeless people live in? Or are you merely taking a photo of a homeless person for the sake of taking their photo? Nobody can be the judge—only you can decide. 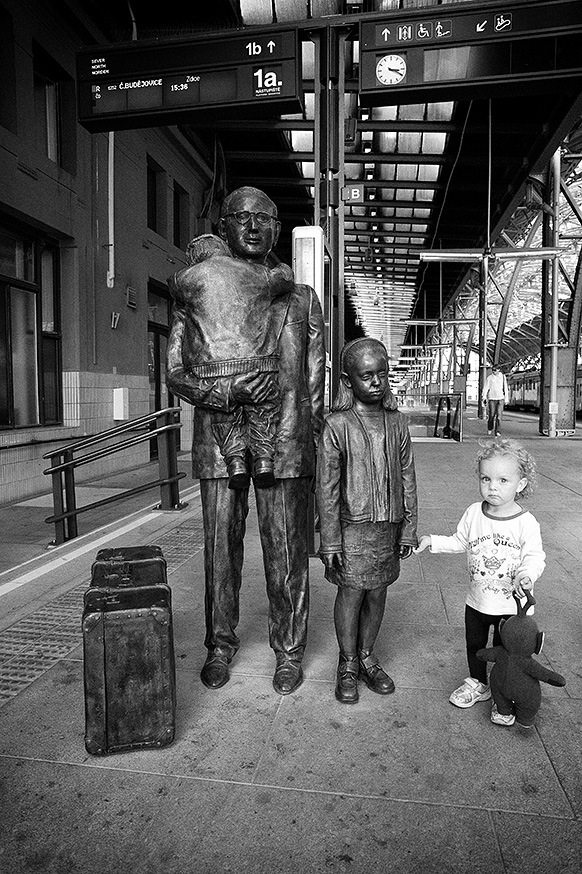 I feel that this is what makes street photography so unique and fascinating when compared to other genres of photography. Street photographs are able to convey the humor, irony, and the beauty of everyday life, by juxtaposing people with others and the environment. Look for signs with interesting messages that seem to be contradictory to the people standing around it. Be on the lookout for human heads that seem to be displaced by street lamps. Look for two individuals that seem to be differing in height, complexion, or even weight. Capture an array of emotions from people, whether it be happiness, sadness, or curiosity. 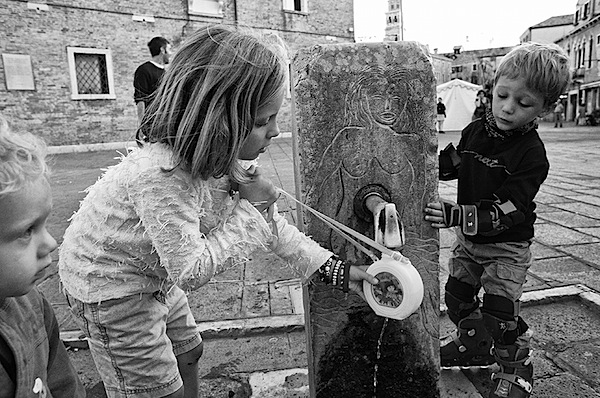 Imagine that you are a film director and that you are trying to make an interesting play. Who would you decide to play as your actors? What is your backdrop going to be. How are the actors going to be interacting with one another and the environment? What kind of emotion are you trying to convey—whimsical, curious, or gloomy? If a viewer looks at one of your photos, will they simply move on or will they take a minute or two and study your image, trying to figure out the intrinsic story? Does your image captivate the viewer and make them feel that they are a part of the scene? Ask yourself these questions the next time you are taking photos on the street. 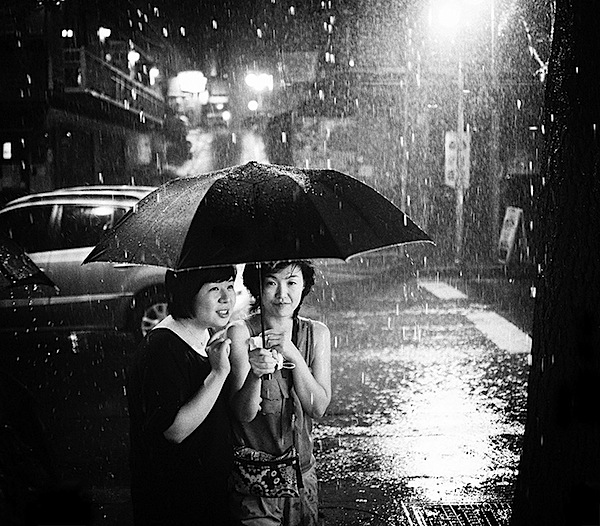 This is the last but most quintessential point of all of becoming a street photographer. Reading all of these tips aren’t going to do you any good to become a street photographer. Photography is not done behind the computer screen, but on the streets with a camera in hand. Honestly when it comes down to it, all this obsession over cameras, lenses, and gear doesn’t matter. Grab your DSLR, point-and-shoot, iPhone, or whatever and hit the streets. The beauty of the world awaits you—don’t miss your chance.

About the Author: Eric Kim is a street photographer based in Los Angeles. He is currently writing a book titled “Street Photography 101” which will be distributed to the world for free in a convenient PDF format.

4 comments to 10 Tips for the Aspiring Street Photographer